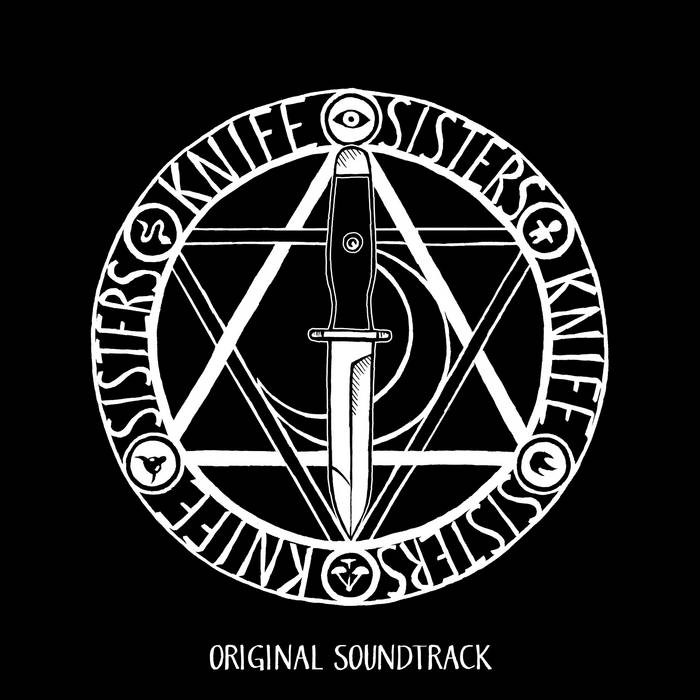 Original soundtrack to the game Knife Sisters by Transcenders Media. More info at www.knifesisters.com
Get the game at Steam: (make sure to allow adult content!) store.steampowered.com/app/944910/Knife_Sisters/
Get the game at itch.io:
transcenders.itch.io/knife-sisters

I wrote and produced the music to Knife Sisters on and off during a period of two years. I got a playlist with reference music from Bobbi Augustine Sand (who made the game, with Pixie Johan Andersson who coded and Niklas Ström who made the sound design) around the time I started working on the first sketch. There was some witch house, some noisy industrial drum and bass and some dark electronic pop. We realized that most of it would be too intense to use in a visual novel, so I mostly just used the playlist to get inspiration for sounds and moods, which is really the most rewarding and interesting way for a composer to work (as opposed to being asked to do soundalikes, which isn't uncommon, unfortunately.)

The first sketch I wrote was the song that ended up being called Pentangle. It's pretty much an introvert minimal techno song in the verses and extrovert witch house in the choruses. I tied the whole thing together with sequenced breath sounds by myself and Susanna Lundgren.

After that I made a laid back electric guitar based song (that ended up as Leo), and a dark ambient song that became the theme song. When those three songs were done we had a pretty good sense of the range of the kind of music that Bobbi wanted in the game. I went on writing songs, scrapping one or two along the way, and after a while we started talking about a vocal track for the end credits. I made a sketch that had some potential, but after letting it rest for a few months I felt that it didn't work and Bobbi didn't disagree, thankfully! I came to think of an instrumental song I'd been working on for a while and Bobbi liked it so we decided to write lyrics for it and eventually record it with Susanna Lundgren on vocals. We gave it the title The Blood Of An Innocent, taken from an event in the game.

Near the end Bobbi asked me to make another dancey track so I cut up Susannas vocals and some other sounds from The Blood Of An Innocent and made Left On Hedonic Nanobot.

A common denominator for almost all the songs is distortion. It's obviously a pretty effective way to make things dark and gritty, but I wanted to use it in the laid back ambient tracks as well, sometimes contrasted by really clean synth or guitar sounds. On a few occasions I made things so driven and buzzy that it might be hard to tell if you've blown your speakers or not (Today Is About Connection for example), especially if you're listening through laptop speakers, but I wanted to reward headphone listeners, who will (hopefully!) get the wonderful sensation of the buzzing transforming and shifting frequencies which the chord changes...